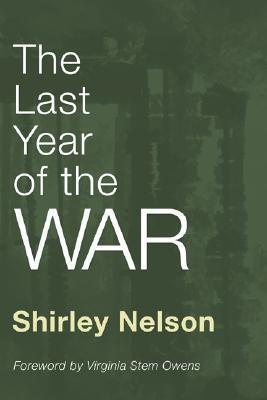 The Last Year of the War

Books have their own biographies too, and they are bound to include names other than the writer’s. I owe a great deal to more people than can be named.

In the first place, the Harper-Saxton Fellowship was a wonderful way to launch a first novel. The editor who contacted me was Ann Harris, a veteran at the company. It was she who saw the potential for a novel in the short story I had submitted, and she who stuck with me through the five-year struggle, never pushing me or expressing the doubts she must at times have felt. Because of her, the book got attention on publication in the summer of 1978, and proceeded to build its own Topsy-like history.

That began with what any author would die for, a review in the Sunday New York Times Book Review. The writer was Alan Cheuse. Unfortunately, it never reached the news stands, a victim of the famous Pressman’s Strike of 1978. Thirty-five other reviews followed, but before the end of a year I was told by the publisher that the book had not gotten a “major review,” and they had little hope for its commercial success. With my permission it was turned over to Harper and Row, San Francisco.

Roy Carlisle was the editor there for the first paperback edition. It sold to schools and various reading groups, shared the Chicago based “Friends of Literature” award with James Carroll—good company—and was a runner up with Rosellen Brown for the Janet Heidinger Kafka Prize, won by Mary Gordon. (More good company.) Then, after several years, San Francisco, too, decided it had found the limits of its readership and it went out of print.

Luci Shaw brought it back in a second paperback reprint by Northcote Press, a division of Harold Shaw Publishers, a comfortable home for several more years. And finally, it was Doug Frank, a fine writer himself, who recommended the book to Wipf and Stock in Oregon, where it remains on their remarkable list of on-demand reprints. Film rights have been recently optioned by Hollywood producer Scott Derrickson.

A real book to be read and understood.

—Alan Cheuse, The New York Times Book Review
A lively, funny, serious, well-written novel that tells the truth.
—Virginia Mollenkott, Christianity and Crisis
Radiates the graceful confidence of a seasoned writer.
—The New Yorker
Shirley Nelson has written an honest and haunting book.
—The Christian Century
Though the topic [fundamentalism] has always fascinated American writers, such recent novels as Joyce Carol Oates’ Son of the Morning and Shirley Nelson’s The Last Year of the War give it a serious rather than a merely satirical place in American religious life.
—Virginia Quarterly Review